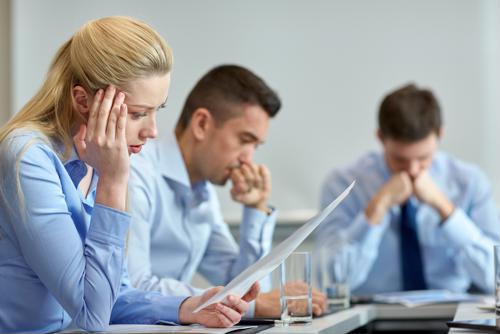 The different types of unconscious bias that affect your employees

As leaders and workplace influencers, it’s our job to be sure our people are making the best choices. We can help them on that path by understanding what’s going on in their heads. Of course, it’s a tricky task — especially because they may not even notice their own logical errors. That’s where unconscious bias comes in.

Unconscious bias is a way of describing judgments or assumptions people make automatically. These judgments can be positive or negative — but either way, they cause trouble in the workplace. Unconscious bias can affect interactions, decision making, treatment of co-workers and more. As leaders, we can start overcoming these biases by learning to recognise them ourselves.

Any workplace can fall victim to unconscious bias. Here are a few that may affect your employees:

1) In-group bias
In-group bias describes a situation where members of the same group tend to favour one another. According to Scientific American, these groups can be significant, like race or religion, or simple, like favourite colour or art style.

Although the bias itself is positive, it’s bad news for businesses. Members of the same group may unconsciously alienate others, favour each other’s ideas or limit the diversity of opinions in the workplace. This can also lead to feelings of resentment from members of smaller groups.

2) The Halo effect
The Halo effect is a type of unconscious bias in which a single element is allowed to influence future decision-making. According to Encyclopaedia Britannica, this phenomenon has been studied since 1920 — but it may take different forms in the modern workplace.

Recognising the Halo effect is important because of its impact on decision making. Just one factor could influence an employee’s entire thought process, turning a rational choice into a highly subjective one.

3) Confirmation bias
When you believe something is true, your mind will pay special attention to any evidence that supports your assumptions. This is confirmation bias — and it can cause trouble in your teams.

Confirmation bias impacts the way your employees see their own ideas compared to others’. It’s the enemy of fair communication, diversity and logical thinking — all before your employees even realise it’s there.

4) Conformity bias
Conformity bias is somewhat similar to peer pressure. When influenced by conformity bias, employees may think it’s safer or more acceptable to do, say and think the same things as co-workers. Naturally, this limits diversity in many ways — and it quickly stops creative ideas in their tracks.

Addressing unconscious bias in the workplace

Unconscious bias is, by definition, unintentional. That can make it hard to identify and even more difficult to eliminate.

Luckily, unconscious bias courses are an effective tool for groups of all sizes, helping everyone address implicit biases together. Overcoming flawed thinking is a learning process — one that we as workplace leaders can encourage by taking the first step.

To learn more about these types of unconscious biases, how they affect your employees and what you can do about it, contact us today.