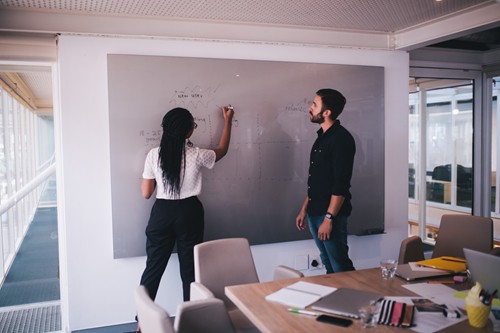 Why mentoring programs are the key to success

“Just Google it,” isn’t a phrase you want to hear around your office.

Information should be a highly traded commodity in the workplace, as mentoring can help both veteran employees and new staff. With the right training course and mentoring program structure, your business can start benefiting from these valuable professional relationships.

Mentoring by the numbers

The evidence is in the figures, and after reading about the studies associated with mentorship programmes it’ll be tough to find a reason to say no. For instance, seven out of every 10 Fortune 500 companies have an advisor plan in place for new employees, the Huffington Post reported. While correlation doesn’t imply causation, if successful businesses have latched on in droves it’s likely because there’s an advantage to doing so.

One of those reasons could be the fact that it can curb turnover rates. Of the millennial staff members who plan on staying with an organisation for five or more years, roughly two-thirds have a mentor, according to a study by Deloitte. Within that segment, 81 per cent were happy with their mentorship; among those who were set to leave the company in two years, just 61 per cent were satisfied with the program.

A vast majority of surveys on the subject are targeting millennials because they’ll compose nearly 75 per cent of the workforce by 2025, according to figures from Deloitte. It’s important to get a plan in place now to be able to effectively engage with these employees in the future. While there’s no exact figure associated with high turnover rates, it’s universally accepted that it costs more to hire a new staff member than retain the one already in place.

The whys and hows

If you’re considering setting up a mentorship program, one guideline that could help is keeping in mind an 80/20 split when it comes to learning. Ideally, 80 per cent of learning is informal – on the job or through conversations with a veteran employee, according to the Huffington Post. The other 20 per cent is rooted in training courses or certifications.

It’s an important framework to keep in mind because not only will this strategy benefit younger staff members, but experienced personnel as well. It gives them the opportunity to take a management short course and develop those skills with individuals before moving into positions where they may not have much time to cultivate their own style of leadership.

All three parties can benefit from mentorships.

Similarly, it also gives administration guidance on how much they should invest in industry-specific education for rising stars in the organisation, and what could be learned internally with the help of veteran employees. Ultimately, all three parties – mentees, mentors and the business at large – have something to gain by committing to the successful implementation of a mentorship programme.

If this type of strategy is new or a radical change to your business culture then it may be helpful to pick a select few employees that are buying into the idea and commit to training them for the opportunity first. Their accomplishments can help spin a positive image on the new transition and encourage others to join in.

With lower turnover rates and an easier way for new and experienced employees to learn key skill sets, it’s easy to see why so many companies are trying to get mentorships up and running. Start 2018 off right by enlisting your future leaders in management courses today so they can help train the workforce of tomorrow.