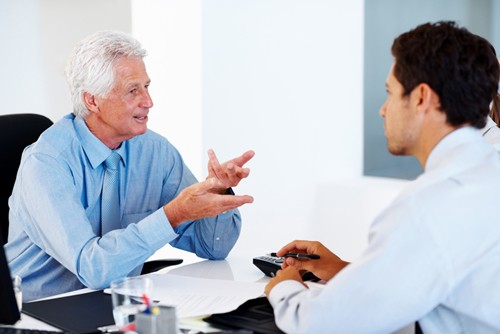 5 Ways to Give Better Constructive Feedback

I've been part of my company's leadership team for years, and while I know that giving feedback is an important part of any manager's job, it's not something I'm always comfortable with. I generally like my team members, and even if their performance lags sometimes, I don't want to have the kinds of difficult conversations that can spring from feedback regarding areas in need of improvement.

For that reason, I always strive to make any feedback I give constructive feedback, so that while I am conveying my concerns, I'm also ensuring I maintain the other person's confidence. After all, we're both professionals, and there's no point in tearing down someone who (hopefully) will continue to be part of my team for years to come. However, sometimes even the most well-intentioned constructive feedback can be taken the wrong way.

In my time as a manager, I've found some methods for this kind of tough conversation that work better than others, including the following:

1) Deliver it as part of a formal meeting

One of the worst ways to deliver feedback that could potentially be taken the wrong way is by pulling an employee aside and telling them what they're doing wrong in the heat of the moment, according to Impraise. When you do that, neither of you are likely to be in the right head space to give or receive negative feedback. Instead, create a bit of distance from a specific incident, and focus on the broad strokes of what they do well and where they need to improve.

When I have these kinds of conversations, I also like to follow Impraise's advice and avoid diving into negativity. That just gets the meeting off on the wrong foot, and it's not exactly going to build an employee's confidence. Even when they're doing something rather poorly, it doesn't help anyone to focus on what's wrong, but rather on what can be done to make it right again.

3) Quantify what you can

I have often found that it doesn't help to just give vague complaints that a person isn't "delivering results" or "showing initiative" and that sort of thing. That doesn't really give someone an actionable way to fix what's wrong. The Society for Human Resource Management noted that it often helps to provide statistics or other ways to quantify how their issues — temporary or not — are affecting not only them, but also their team members.

4) Write out what you want to say in advance

Especially when you really need to point out an area of notable underperformance, you want to choose your words carefully. Because you are hopefully scheduling a meeting a day or two in advance, you should take the time to at least sketch out the broad strokes of what you want to say. That way, you can give every point you want to address the time and consideration it needs, to make sure your communication efforts are effective.

5) Collaborate on a solution

Finally, I like to make sure these meetings are not just scolding sessions, in which I'm the one telling my employees how to fix what's wrong. Instead, it's better to ask them how they think the issue can be fixed, and then work together on a plan to do just that, as The Muse advised. That way, you can both exit the meeting with confidence and a renewed sense of direction and understanding.

For a little more direction in getting these difficult conversations just-right, managers can always turn to ICML. We offer courses such as Courageous Conversations for Leaders and Managing Performance that will help both you and the workers you oversee feel better about these meetings and continue to grow together as professionals. Get in touch today to learn more.