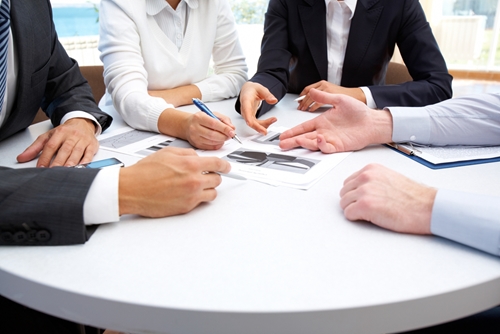 How can bad be turned into good when solving problems collaboratively?

Self-assessment is a big part of progressing in the workplace. After all, performance reviews put together by others can only tell you so much. It’s a lot more valuable to look inwardly and identify your own strengths and weaknesses. Then, it becomes much easier to continually improve performance.

The ability to self-assess your own skills will lend itself to leading a team.

Moreover, the ability to self-assess your own skills will lend itself to leading a team as you build more emotional intelligence. Being able to look at each member and garner an opinion of their best (and worst) traits and act accordingly is the mark of advanced leadership.

However, it can be difficult to identify who and what’s needed when solving a particularly complex workplace problem. That’s where collaborative intelligence (CI) comes in.

So, what is it? Research published by tech giant Microsoft explained that CI is merely the practice of collating information and ideas from a large group of people. In the workplace, this ‘large group’ doesn’t have to span time zones, it can be your team of five, 10, 15 etc.

Insights collated by Business Insider Australia suggested that the modern workplace is preconditioned to try and fix weaknesses, rather than focus on getting the most from its strengths.

Switching this mantra around doesn’t have to be laborious. In fact, you and your team members need to assess each other and look for the alternatives in what are occasionally considered negative traits. As Business Insider Australia noted, these can be split into ‘shadow attributes’ and ‘thinking talents’:

This simple chart can help you discover your hidden talents – http://t.co/zy78sj9p1v

Ultimately, the lesson for leaders is to consider the personalities of their team members and challenge them to look for the positives in the negatives when working in groups. In doing this, creative and complex problem solving will be made that much easier, as teams will become stronger.

To that end, CMO Australia noted that team thinking is all about invention. Naturally, this is easier to unlock when leaders within such groups have an in-depth understanding of their peers. Collaboration really does drive change in business.

Are you intelligent about tapping into the collective power of your team? Janine Garner shares how: http://t.co/zPyxb2sHcG #leadership

After all, the sound of many voices resonates much more loudly than the noise from one. Leaders simply have to identify when and where they can get the most from each member of a group. If they achieve this, then the solutions that are unlocked will be particularly notable.